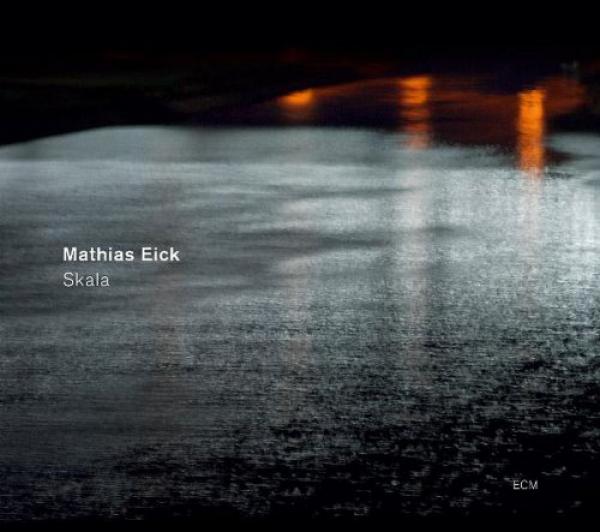 Mathias Eick’s intensely melodic trumpet occupies the centre-stage in this album of self-penned tunes which will appeal to an audience beyond “jazz”. Against the powerful backdrops offered by his sleek, modern band, driven by two drummers, he delivers richly lyrical soliloquies.

Norwegian trumpeter Mathias Eick’s new album extends the concept and the panoramic sweep of his ECM debut “The Door” (recorded 2007). “It’s wider and bigger in all directions,” Eick says. “Skala” calls upon the services of more musicians – including, at times, two drummers - and there is more detail in the arrangements. What hasn’t changed is the emphasis on the lyrical soloist at the centre of the production. Eick’s elegant trumpet now has a larger space in which to sing.

“Skala” was crafted, Eick explains, like a pop production. Where most ECM discs are famously completed in three or four days, this project began with five weeks in Oslo’s Cabin Recorders Studio. At the outset, Mathias was mostly alone, sketching demos on a variety of instruments, then inviting players in as needed. The project moved on to Bugge Wesseltoft’s studio, vibraphone was added at Pooka Studio, and the album was completed at Rainbow Studio where it was mixed by Mathias, co-producer Manfred Eicher and engineer Jan Erik Kongshaug.

“Skala” pools new and older compositions, all written by Mathias, and inspired, he says, by music from classical to pop. The title tune is one that the trumpeter says has been following him “for many years”, its network of inspirations including Sting’s 1993 song “Shape of My Heart”. It is one of two pieces on the disc to incorporate the expressive saxophone of Tore Brunborg.

“Edinburgh” was written in the Scottish city, but draws inspiration from Norwegian composer Edvard Grieg and the plaintive cry of Jan Garbarek’s sax. “It’s not always easy to write pieces on the road. But around the time of ‘The Door’ we had a nice tour in Britain, with some very fine grand pianos, and sometimes I’d stay on stage after the gigs - with everyone around me packing instruments! - and try a few things. That was how this melody came up.”

Eick describes “June” as “a light and peaceful song, a reminiscence of summer days”. The piece incorporates the harp of classical player Sidsel Walstad, currently of the Norwegian Broadcasting Orchestra.

“Oslo”, the album’s most propulsive tune, is a “song of the city. It’s a groove-directed piece,” with Radiohead amongst its pop references. “Oslo” also “brings the idea of the two drummers into play. It sets them loose.” The piece also includes significant contributions from keyboardist Morten Qvenild, best known for his work with singer Susanna Wallumrød.

“Joni” is, of course, for Joni Mitchell, whose work Eick has long admired. A specific association here is “Both Sides Now” in the orchestral arrangement of Vince Mendoza. “I was really touched when I heard that. This piece of mine, ’Joni’, is also several years old. When I had the right musicians in place, like the strong band here, it seemed a good opportunity to look again at some older pieces and set them amongst the newer tunes, to shape an album.”

“Biermann” is named for the Oslo house that Eick rents, a place once owned by German merchant J. F. Biermann, back in the 19th century. “I guess you could call it an ‘hommage’ to my working space. I have a piano there and some basic recording equipment, and it’s a great place to get some work done when I’m in town.”

“The Day After” references the 1970s, and is influenced by sources as diverse as the Jarrett/Garbarek ‘Belonging’ collaboration and the pounding rock piano of Elton John. “The beat, though, is definitely retrospective – not much connection to jazz (laughter). In the end, it’s a pop groove.” Above it, Tore Brunborg and Mathias solo persuasively.

“Epilogue” develops “from the simple idea of softness meeting raw energy”, as Mathias’s tender trumpet soliloquy gives way to typhoon-strength drumming from Torstein Lofthus. “Tostein has a reputation as one of the best rock and roll, heavy metal and jazz drummers in Norway. He’s really one of the stars now, and I wanted to display what he can do…”

On several tracks, Lofthus is partnered with fellow drummer Gard Nilssen. Nilssen took drum lessons with Audun Kleive (drummer on “The Door”) from the age of seven, and has gone on to become a much-admired player, recently winning the Norwegian Jazz Championship with the band Puma. “He’s best known as a jazz and free jazz drummer in Norway, although he also plays in pop contexts,” says Mathias. Both drummers are in the new Eick quintet, a group completed by pianist Andreas Ulvo and bass guitarist Audun Erlien. Ulvo has worked extensively with singer Solveig Slettahjell and recorded several albums as leader of the Eple Trio and the Ulvo Ensemble. A melodically-gifted pianist, he is also a committed photographer (and took the portrait of Eick in the booklet of “Skala”). Audun Erlien, the only band-member retained from “The Door” has also deployed his pulsating bass in the context of Nils Petter Molvaer’s music. 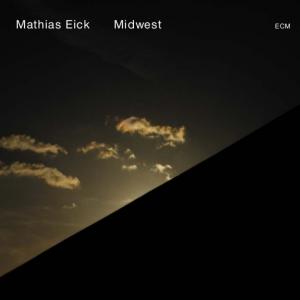 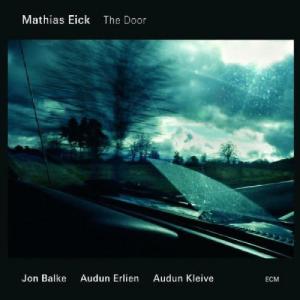