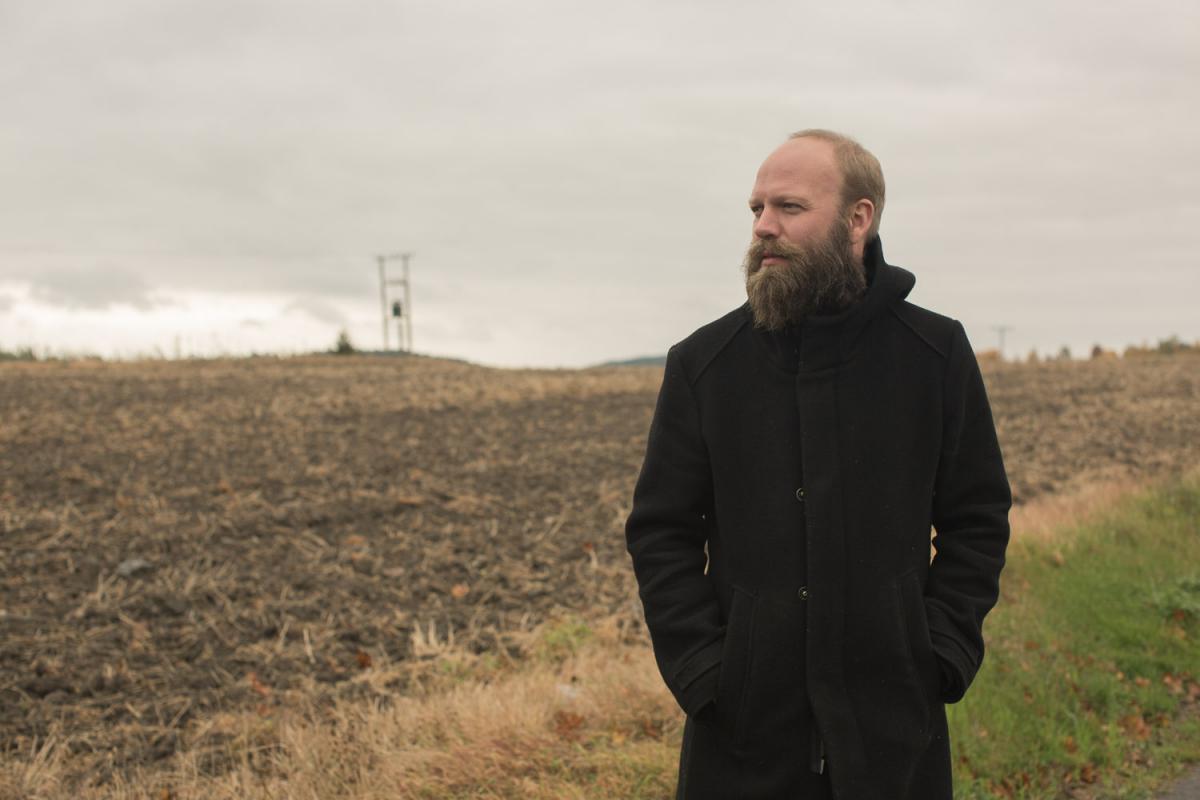 Norwegian trumpeter Mathias Eick pays tribute to the North American Midwest in an album of intensely melodic compositions which reflect thematically upon journeys and homecomings both literal and spiritual. The original inspiration for the album came during an arduous tour of the US and Canada.

“We’d started on the West Coast and were driving long distances every day. I was beginning to get very homesick. Then we reached the area called the Rural Midwest and I suddenly had the strange feeling that I was home. It occurred to me that some of the early settlers must have felt this way, when they looked at the rich soil of the plains and saw that this was wonderful land for farming. Parts of the Midwest remind me strongly of parts of Norway - including the southeast of Norway where I grew up.” This realization led to thinking about the ways in which both people and music had travelled. Almost a million Norwegians left for North America in the 19th and early 20th centuries, and eighty per cent of them settled in the Midwest. In Dakota a third of the population claims Norwegian ancestry.

In his music for Midwest, Eick sketches an imaginary voyage from Hem, the village of his birth (“so small there’s not even a street sign”), over the seas to America. The musical concept determined the personnel for the recording. The first player approached was violinist Gjermund Larsen. ECM listeners know him from his contributions to Christian Wallumrød’s albums, but Larsen is firstly a musician rooted in folk playing. He comes from a folk music family and his improvising is informed by his knowledge of traditional music: there’s a sense of history embodied in his sound.

“Gjermund’s one of my absolute favourites,” Says Eick, “and I’ve wanted to record with him for many years. It was a matter of finding the right project to present to him, and this seemed to be it.” Trumpet and violin sing together gloriously here. “It turned out that we have some quite similar ideas about phrasing. And, as the recording session progressed, we grew closer as players, exchanging ideas in the music.” Mathias emphasizes that his drafting of the Midwest project has been intuitive and inspirational rather than musicological: “I’ve never studied folk music so my approach to the concept was more an imaginative one – sketches and impressions of places, landscapes and people, with the idea of the history in the background.” The track titled “Fargo” makes an affectionate nod both to the North Dakotan city and to the Coen Brothers, whose quintessentially American film of the same name employed orchestrations of folk themes from Norway’s Telemark region to underline Midwestern stoicism.

Pianist Jon Balke was a presence already on Mathias’s ECM leader debut The Door (recorded in 2007). Balke’s extensive discography has embraced a vast range of music since he first appeared on ECM in 1975, from free textural playing (see the recent Jøkleba album Outlands) to the jazz of Masqualero’s Bande à Part and transcultural projects (including the widely acclaimed Siwan). Midwest finds him at his most lyrical and outgoing. Helge Norbakken has worked extensively with Balke in projects including the Magnetic North Orchestra and the “percussion think-tank” Batagraf. Mathias Eick praises Norbakken’s ability both to drive the music and to comment on it: “He makes a very significant contribution – creating a kind of three dimensional landscape with his drumming” which also seems highly associative, at times even hinting at Native American tribal pulses or perhaps bison hooves pounding the plains.

Mats Eilertsen is meanwhile well-known as one of the most resourceful contemporary bassists and the loosely folk-influenced jazz of Midwest seems a perfectly logical environment for a player who at the time of the recording was gigging with both the Tord Gustavsen Quartet and Nils Okland’s band as well as his own groups.

Throughout, the compositions and the overarching concept provide an optimal context for the special qualities of Eick’s trumpet soloing – the strong yet melancholy-tinged singing tone, by now immediately identifiable, in this case yearning for home.

Midwest was recorded at Oslo’s Rainbow Studio and produced by Manfred Eicher. It’s Mathias Eick’s third ECM album as a leader, following on from The Door (recorded 2007), and Skala (recorded 2009-2010). Mathias can also be heard on Evening Falls and Sideways with guitarist Jacob Young, on Northbound and Vespers with pianist-harpist Iro Haarla, and on Playground with drummer Manu Katché.

Mathias Eick is featuring music from Midwest on his current tour. The album was officially launched with a release concert at Oslo’s Victoria Nasjonal Jazzscene on February 27. For details of further dates see ECM’s web site www.ecmrecords.com